Welcome to the Second day of conferences at GopherCon 2018!

The day started with Writing Accessible Go by Julia Ferraioli, she covered a topic relevant to my professional experience: Accessibility. Obviously all the points she mentioned in her talk made a lot of sense from the Accessibility point of view, however what I found more interesting about this talk was how those points not only improve accessibility but also make the final code much more clearer and easier to understand, and how those recommendations are conventions in Go that are encouraged, like using short names for variables for example. Great talk. 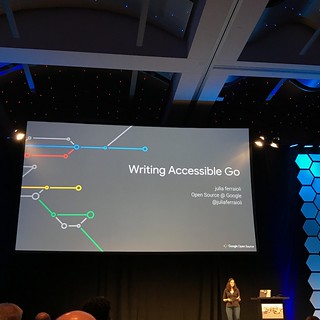 Next I attended Going Serverless by Kelsey Hightower, this talk was about demonstrating how to write Serverless Functions in Google Cloud Platform. Kelsey went from the implementation, to testing to even integrating that new function with another GCP product for returning weather values. It was an interesting and fun talk. 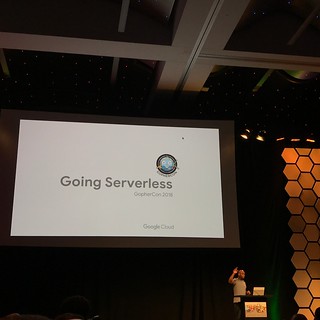 Next was Go in Debian by Michael Stapelberg, similar to Accessibility in Go, this one brought good memories. Michael described some of the programs used in Debian that are written in Go, he covered several Debian-related tasks that are relevant not only to people who are trying to become Go maintainers in Debian, but also to Go writers that want to one day have their programs included in Debian. 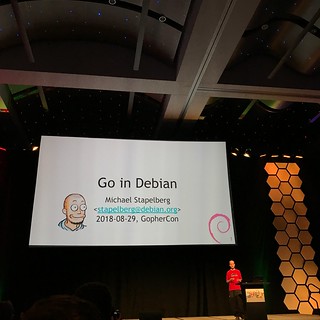 Next we had Becoming a Go Contributor by Kevin Burke. Kevin talked about how to contribute to Go, how every single contribution, no matter the size, is important. He gave a few tips, like starting with minimal contributions or adding more examples, work for initial contributions. One interesting thing about Kevin’s talk was his suggestion about using the scratch repository for getting used to the contribution process, for practicing before submitting real pull requests. 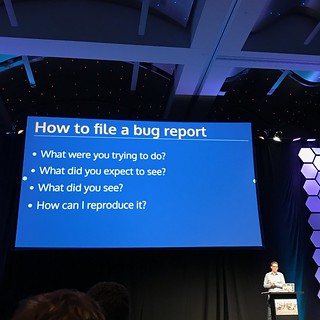 Next I attended From Prototype to Production by Deval Shah, he talked about Reddit’s Ad Serving Platform, the lessons learned when implementing their platform, some of the problems they faced and their solutions. Really relevant talk. 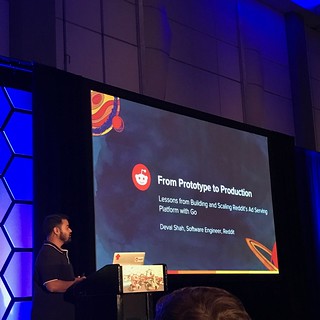 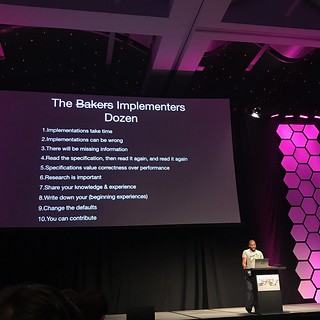 The last one, before the closing keynote, was C L Eye - Catching User Interfaces by James Bowes. In this tutorial James showed us different ways, via escape codes, to manipulate the terminal to display characters in different colors, formats and sizes; James even showed us how to render images, he demonstrated some examples in different terminals and different OSs. Really interesting. 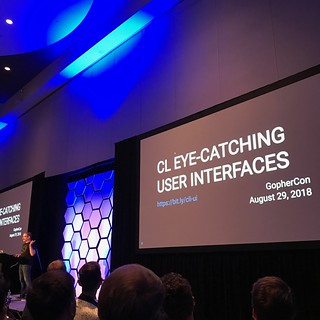 Finally the closing keynote: The Importance of Beginners by Natalie Pistunovich. Natalie began her talk by sharing her story, how she got involved in the project, then she mentioned the numbers of Go users, how the Go community has quickly grown over last year. The main idea of the talk was to be inclusive and never be afraid of asking, and welcoming new people is a must (AKA Don’t Be A Dick ™️). 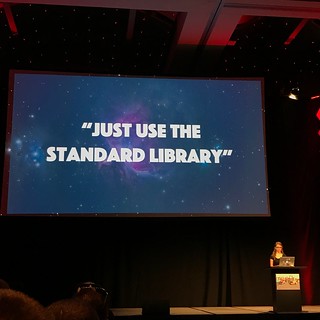 After that, Bryan and Erik broke the news! GopherCon 2019 will be in San Diego: 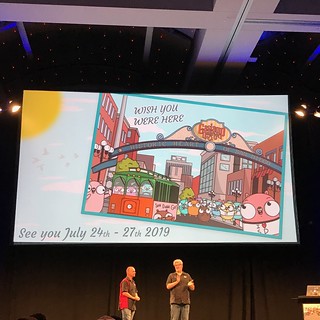