Last year I was upgraded to a new Macbook Pro, I was using a Macbook Air for the last 3 years, in the beginning I was a bit worried because I did not want to be forced to use the Touch Bar on a daily basis, luckily enough I was assigned the Macbook Pro 13" which does not come with that! What a relief!

This new Macbook Pro comes with two USB-C ports which, not surprisingly, represent carrying new adapters with you all the time, those adapters are for external output, USB 2.0 and Ethernet. Having an external monitor with HDMI and USB works thanks to the USB-C Digital AV Multiport Adapter, similarly for having an Ethernet port I got another adapter, which from time to time losses connection but works most of the time.

On that same note, last week I was lucky enough (again!) to get yet another monitor! So this meant having two monitors and the built-in laptop one: three displays. Naively in the beginning I thought about using two USB-C Adapters and connect both monitors directly, but it looks like that is not supported, instead I was suggested to get a Dell Dock DW15 (I used El Gato before with the Macbook Air).

Initial setup was a bit problematic because when using both HDMI and DVI you get mirrored displays which is something not really useful, I wanted to have 3 independent displays. After a few tries I was able to set it up correctly:

The way I was able to do so is by getting two HDMI to DVI cables from Amazon, yes the Amazon Basics ones! 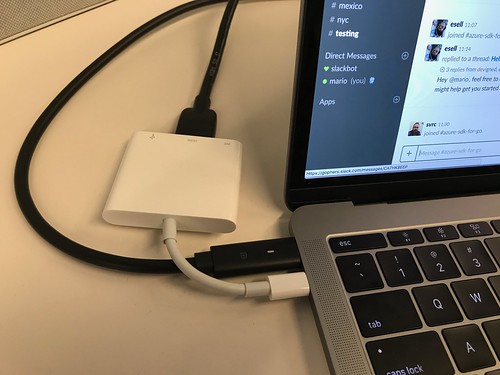 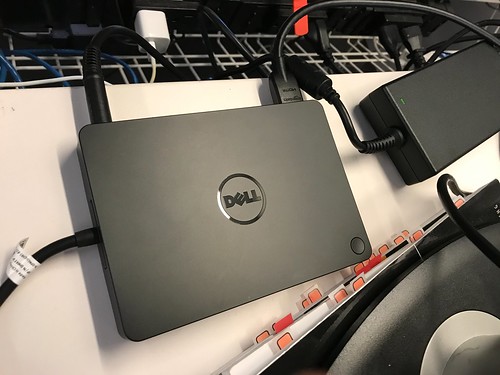 By doing so I’m able to get 3 independent displays: 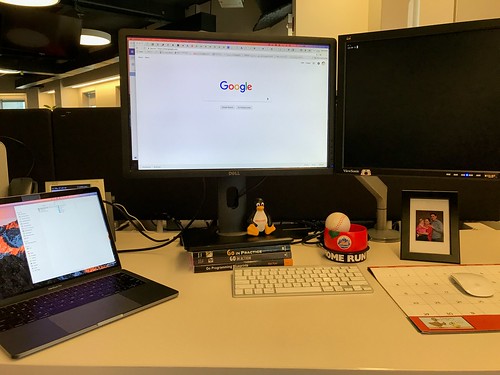